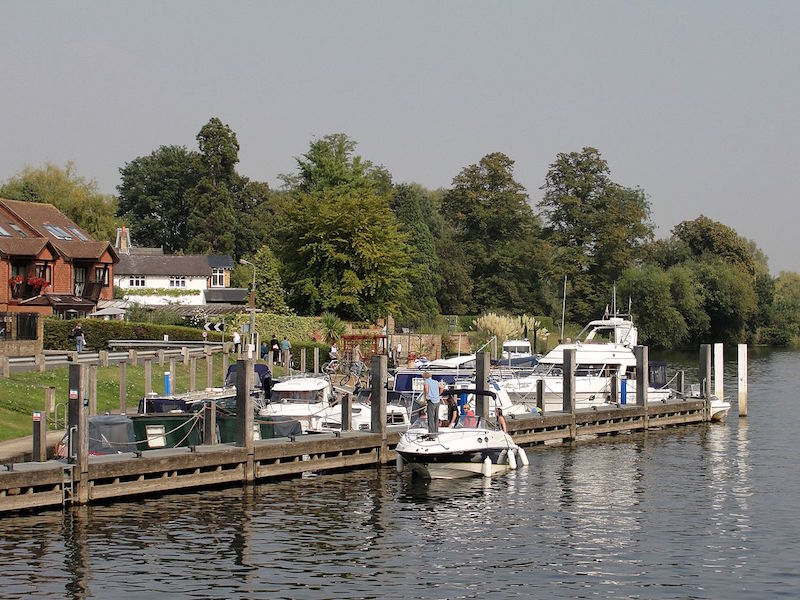 Lying within the south east of England and in the county of Surrey, Shepperton has rapidly grown in size in recent decades due to its position in the commuter belt. With large numbers of residents and a booming property market, the demand for Shepperton accommodation is high.

There’s disagreement over whether Shepperton is really a town or a village and it certainly has the community feel of the latter. What’s not in dispute however is that it began life as an agricultural settlement and was later a place which inspired poets and writers such as Shelley, Meredith and Peacock with its natural beauty.

Throughout the year there are various community events such as the local village fete, Christmas fair and the Shepperton Agricultural Show.

When you visit Shepperton you might feel as if you recognise the area despite having never been there before; this is because it’s featured on many TV shows and films. Some of the blockbusters it’s featured in include Bend It Like Beckham, Atonement, Dr Strange and Love Actually.  The area is considered to be especially picturesque and its unique setting of village life less than an hour from the centre of London makes it a big attraction.

The canal plays a big part in the life in Shepperton with Shepperton Lock often considered to be the most scenic part of the area. Many of the original features of Shepperton are still intact and fiercely protected such as the Church Square.

If you’re feeling active while you’re Shepperton and you fancy a bit more exercise than a leisurely canal walk, Sunbury Golf Centre could give you a few hours of enjoyment. if you’re a golfing fan, you can while away an afternoon or two at the centre which offers pay per play golfing facilities which include an 18 hole course and a driving range.

For those keen to explore further afield, you can reach Central London in just under an hour on public transport.

Our coach and minibus operators know Shepperton well. Here are some popular coach pick up locations to inspire your trip:

A vibrant village community lying on the edge of London, Shepperton feels a million miles away from the city but in reality, it’s less than an hour away. Whether you want to take a day trip, or need group transport for a shorter journey our top quality coach hire operators can help.

With a range of coaches and buses, including luxury and executive models, we can cater for both small and large groups, giving you the option of travelling all together.

If you want to find out for yourself just how affordable hiring transport can be, fill in your details online and in a blink of an eye, you’ll receive up to four quotes. These will be individually matched to what you’ve asked for, and will provide details of how you can contact the operator to book.

You’re never under any obligation to go ahead, but we can provide you with a selection of trusted minibus hire operators who we think offer great service at a competitive price.

Shepperton is a lovely place to stay and gives you a break from the crowds of inner London. But when it’s time to take in a show or head over to a concert, we can transport you in luxury, whatever the size of your group.

Heathrow is only around 11 miles from Shepperton so it’s very conveniently located for airport transfers. We can offer minibus hire to take your party to Heathrow, Gatwick, Stansted, or Luton – or any other airport -to save you the hassle of driving and paying for airport parking. Regardless of what time your flight is, we can provide comfortable transport so you reach the airport promptly.

You don’t have to be mad about golf to appreciate the beautiful setting of Sunbury Golf Centre as a wedding venue. We can provide group transport for your guests, on either the lead up to your wedding or on the big day itself. Our coach and minibus hire services are available whenever you need them and you can rely on our top quality operators to not let you down.

As an area which is very popular with families, Shepperton has a good selection of top performing schools such as Saxon Primary and Halliford School. We appreciate you need a coach hire firm that you can trust, which is where we can help. All of our operators have been selected for their quality, providing security and safety for all your pupils while you’re out and about.

The commuter belt makes Shepperton a prime location for business, and if you’re based there we can help with corporate group travel. Whether you need to get your team to a conference or you’re collecting VIP visitors from Heathrow, our executive minibus hire service offers luxury at a price you can afford.