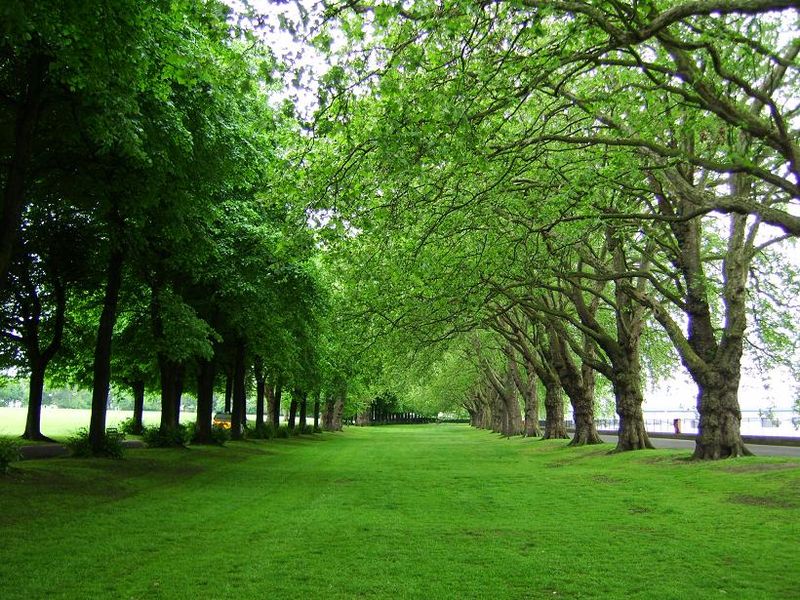 Lying south west of the centre of London, Wandsworth has a suburban chic with plenty of elegant yet understated establishments to eat, drink and be merry. The family-friendly setting means that it’s a highly-popular place to live and there’s no end of schools to choose from.

If you enjoy good food, Wandsworth is the place to go. In 1995 it announced its arrival on the culinary scene with a bang, after Chez Bruce – a Michelin-starred restaurant – opened. Since then, a flood of high-quality eateries and food have arrived, from small and intimate cafes to larger bars and French restaurants. There are top-notch providers too including an independent butcher and a craft beer boutique too. Development in this quarter of the town is continuing at a rapid pace so it’s likely to increase in popularity over the coming years.

Wandsworth lies right on the river, providing panoramic views and a perfect place to sit and watch the world go by. If you visit Wandsworth on the right weekend in March, you’ll also be able to watch the Boat Race. An annual event between Oxford and Cambridge, the race begins on the Thames at Wandsworth, providing the ideal spot to cheer your favourite team on!

Although Wandsworth is increasingly becoming known as a foodie heaven, there’s plenty for culture vultures too. If you are planning advance you can book a guided trip around 575 Wandsworth Road, formerly the home of Khadambi Asalache, a Kenyan poet. This Georgian house showcases the very best of metallic pottery from the 19th century and Moorish decor that Khadambi Asalache was passionate about.

There’s also Wandsworth Museum, which covers the history of the area starting from Roman times and stretching past its mention in the Domesday Book up to the modern day. Located in a Victorian mansion, the museum has some rare items such as a shield which was found in the River Thames, believed to date back to the Iron Age.

Our coach and minibus operators know Wandsworth well. Here are some popular coach pick up locations to inspire your trip:

Situated in south west London, Wandsworth is a vibrant area with no shortage of things to do and see. Whether you’re staying in the town for a while or just a short stopover, our network of top coach hire operators can make transport simple.

With luxury and executive options, including facilities such as reclining chairs, air conditioning, on-board bathrooms and WiFi, the transport provides a comfortable way to arrive in style.

By entering your details, we’ll be able to hook you up with the most suitable minibus hire operators that match your needs. You’ll receive up to four quotes within a flash, leaving it up to you to pick the one you want.

You’ll be able to contact the operators directly if you want to go ahead and book so there’s no pressure once you’ve received a quote.

Try us out today to see how affordable coach and minibus hire can be!

Whether you want to attend a big sports event, enjoy a concert or visit a culture hotspot, London has everything you could ever want. Wandsworth is conveniently situated, providing direct access by road to the whole city. Our coach hire operators take the pain out of organising your transport by providing a reliable and efficient service you can trust.

At just 15 miles away from Heathrow, Wandsworth is within easy reach of the airport. If you’re travelling a big group and need to catch a flight, our minibus hire service can make life much easier. Forget about the stress of organising parking or navigating through streets on a tight schedule, our network of operators will make sure you reach the airport in plenty of time.

With venues such as Le Gothique, Fulham Palace and The Hollywood Arms, there’s no shortage of glamorous places for a wedding. If you’re getting hitched and want the reassurance of knowing that your guests reach the venue on time, consider hiring one of our luxury coaches or minibuses. Our network of trusted operators will take away some of the worries, leaving you to enjoy your big day.

From Belleville Primary to Honeywell Junior, there is an abundance of schools in and around Wandsworth to meet growing demand from the families in the area. If you’re a teacher planning on taking a class on a trip, our network of coach hire operators can help. Affordable yet experienced, their reliable drivers can help to take some of the stress of organising transport, leaving you free to concentrate on everything else.

Wandsworth is just a heartbeat away from the centre of London and one of the fashionable neighbourhoods which is up and coming, rivalling nearby Fulham. This makes it a great spot for businesses who want a prestigious postcode without a hefty price tag. Luxury minibus hire is a great choice for any business based in Wandsworth, offering corporate travel which will impress any VIP guests.