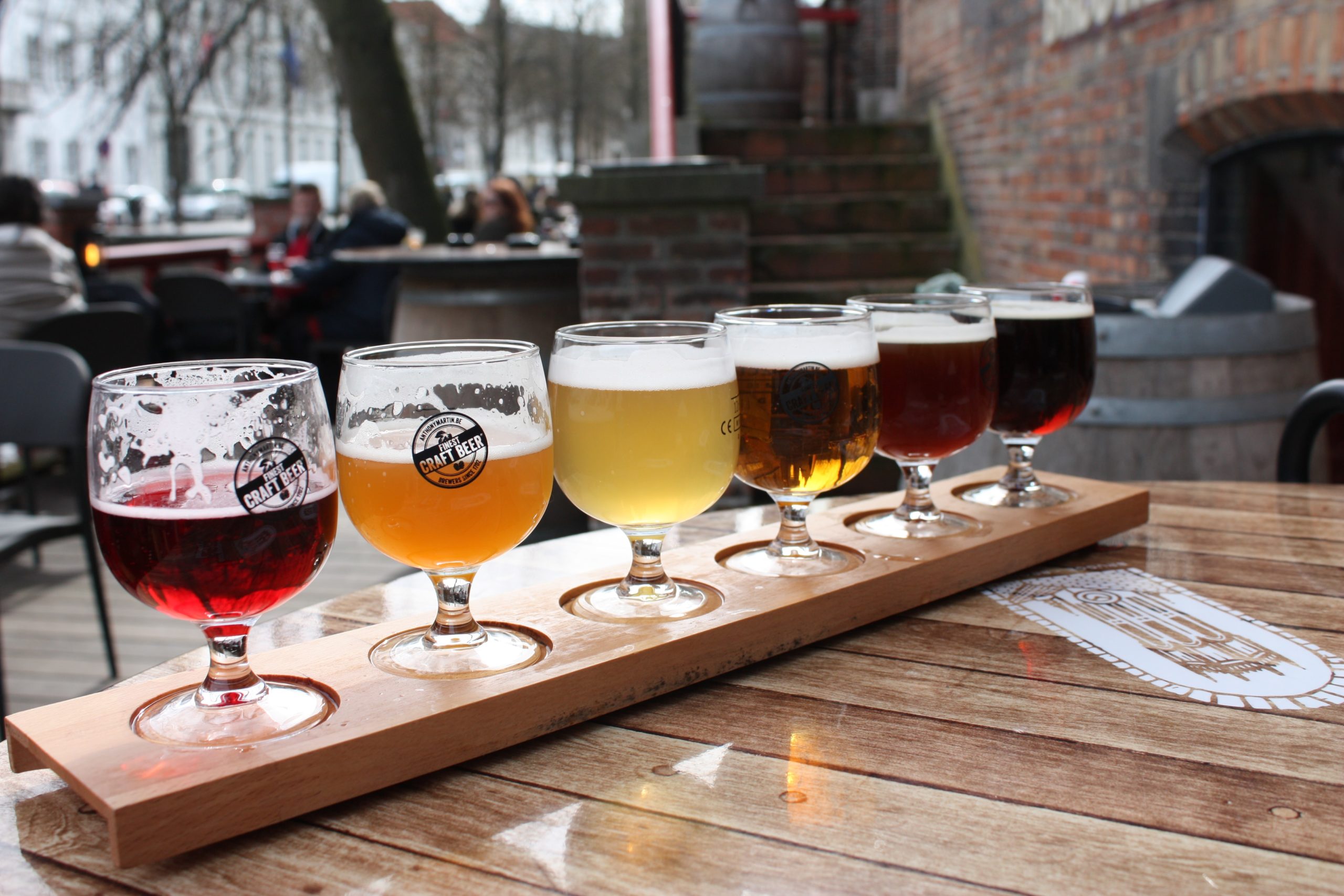 The craft beer boom is undeniable and there are thousands upon thousands of breweries that have popped up across the country in recent years.

From the coasts of Cornwall to the railway arches of Manchester, the world of craft beer has grown like no other.

Thankfully, the guys at Untappd have created a formula that effectively rates all breweries against each other, based on their beer alone. We’ve delved into their top-rated list, to discover where you should head to on your next craft brewery visit.

Charting at number one on the list is Emperor’s Brewery in Coalville, Leicestershire. Starting life as a keen home brewery over 20 years ago, the guys at Emperor’s Brewery profess to produce the greatest Imperial Stouts and Porters the galaxy has ever seen.

Despite its tiny size, this Star Wars themed brewery is rated one of the best in the world. In addition to the imperial stouts and porters – with names including Yoda Condition and Tarkin’s Slave – owner Damian Doherty also occasionally produces barley wines or Belgian quadruples which are always over 10 percent.

Every beer is fermented with a house culture and whatever else finds its way in, from apple trees, to thick stone walls, you won’t find beer quite like it anywhere else. You can purchase bottles directly from their barrel store, but you’d better be quick. They don’t hang around for long.

Next on the list is Tartarus, and we’re heading up t’Leeds for the privilege. A nano brewery based in Horsforth, Tartarus produces ‘small batch craft beer, with a mythical edge’.

The name of the brewery and all of their beers are named after myths, legends and folklore, though their beers are no folk legend. They produce small batch European type beers, and if one of their latest brews is anything to go by, you won’t be disappointed. Tartarus lists their 8.2% Breakfast Stout as their most recent addition. Brewed with oats in the mash and lactose in the boil, this brew sounds like a meal in itself.

Another small batch beer, Verdant is run down in the beautiful seaside town of Falmouth by duo Adam and James. The brewery began life in an unassuming shipping container in 2014 and is now a full scale brewery and taproom.

Beer-wise, think juicy, hoppy, unfiltered, hazy beers that are always vegan! When Verdant began to bloom back in 2014, they decided that their focus would be hop-forward beers inspired by the New England craft beer scene. Over the last few years they’ve continued to develop both their core offerings, and special releases.

Heading back up north, we land in Morecambe. Accidental Brewery is a microbrewery based in the English seaside town, though its bar is located in Lancaster.

In late 2020, Accidental took over an old fishing building dating back to 1870 in Morecambe, which is now the home of their modern brewery. Its Lancaster ‘Beer Yarden’ and small bar is located at the Old Stables on Bulk Street. Beers range from stouts and IPA’s to sours and table beers, Accidental don’t fall short on variety.

A microbrewery in Southsea, Makemake are in the process of trying to acquire a taproom via crowdfunding, to continue their journey and pledge to produce beer that is unique, challenging and uncompromising for all.

Currently, they’re the resident brewers at The Greenwich Brewpub and primarily are a team of two in Marc, the head brewer, and Ollie. Their proposed expansion will allow them to produce 8 times more beer, and a wider range of styles, though currently, their collaboration with Little Monster Brewery is already the stuff of epic proportions.

Wherever you choose to travel to in England, you’ll never be too far away from a creative and lively brewery. Untappd has everything you need to know, or go wild and drop a pin on a map and see what you find when you get there.

We all know it’s not safe to drink and drive, and unless you’re lucky enough to have a designated driver in your group, travelling by minibus or coach is a great, cost-effective and environmentally friendly way of travelling.

At Coach Hire Comparison, we will put you in direct contact with coach hire suppliers and minibus hire suppliers. Whether you require an 8-seater minibus or 70-seater coach, we will find the best suppliers who can fulfil all your needs and requirements for the best price.