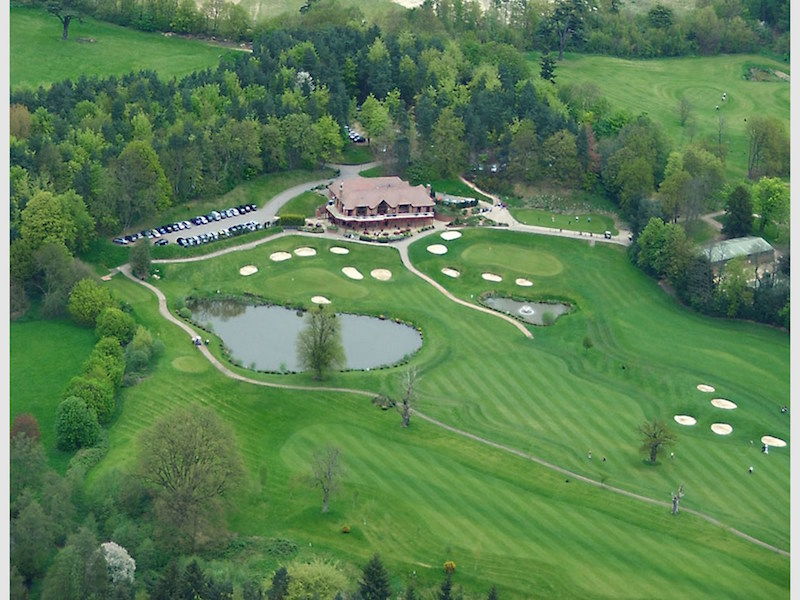 Westerham is a tiny area in Kent with a population of approximately 5000, giving it a real village atmosphere. Located 25 miles south of Central London, it enjoys more of a rural setting with the River Darent which runs through the centre and its position on the North Downs.

Despite its diminutive size, Westerham is full of history and fascinating sights.

Church of St Mary the Virgin was first built in the 13th century with an 18th century front elevation. With a range of memorial tables and brasses from over the centuries and a 14th century spiral staircase, this is a real delight for any history buffs.

While you’re walking around Westerham keep your eyes open for the statues which can be found. Sir Winston Churchill is cast in bronze and sits atop a large stone plinth which was generously donated. Churchill’s former home in Westerham, Chartwell, is a National Trust property and has been preserved exactly as it was when the Churchill family lived there.

General Wolfe is another local hero having been born in Westerham in 1727. After his death in the Battle of Quebec where he led the British Army to victory, a stone statue was erected in 1911. The renamed Quebec House is the childhood home of General Wolfe and is also a National Trust attraction. Recreated to tell the tale of the Battle of Quebec, it’s a wonderful glimpse into the past.

There are some beautiful outdoor spaces in and around Westerham, such as Tower Wood on Hosey Hill. As well as offering a magnificent wooded space, Hosey Hill is also home to Folly Tower dating back to the 18th century. Originally built to try and catch a glimpse of St Paul’s Cathedral, 21 miles away, the derelict ruins still stand.

As a highly desirable commuter area, Westerham has some good shopping. Independent boutiques line the centre of the town, and there’s a great selection of pubs, restaurants and bars too.

Our coach and minibus operators know Westerham well. Here are some popular coach pick up locations to inspire your trip:

Westerham is serviced by the A25 and lies very close to the M25, making it a very convenient location for all the surrounding areas. Coach hire allows you to make the most of the time you have rather than waiting around for public transport.

Our network of trusted coach operators offer transport which is modern, clean and reliable. With features that include WiFi, air conditioning and reclining seats, we have both small minibuses and large coaches available.

Our aim is to connect you with reliable coach and minibus operators that provide quality transport at an affordable price.

To find out more, we just need a few details from you including any special requests you may have. We’ll provide up to four personalised quotes which will be with you in a matter of minutes. It’s then up to you to contact the operator directly if you want to go ahead.

We take the fuss out of looking around for reliable coach hire firms; we do the hard work so you don’t have to.

Its position at the tip of Kent means that Westerham can easily access a range of venues around London. Whether you’re attending the tennis in Wimbledon or a rock concert at Wembley, our minibus hire makes it easy for groups to get around. Hiring a minibus means you can forget about the hassle of making travel arrangements and just concentrate on enjoying the event.

With Gatwick Airport just 14 miles away, London City just 16 miles away, Heathrow 27 miles away and London Southend Airport 34 miles away, Westerham is centrally located. If you need to catch a flight, Westerham makes a delightful stopover and our minibus hire operators will make sure you arrive at the airport on time.

The rural setting of Westerham makes it an idyllic spot for a wedding, all year round. If you’re lucky enough to be getting married in Westerham, we can help with the group transport. Our minibus hire operators can transport your guests from the accommodation to the venue, and back again at the end of the night. The perfect way to make sure everyone has a good time and arrives safely, we have luxury transport you can rely on.

There are so many historic sites of interest around Westerham that schools have an enviable choice for trips! Our network of coach hire operators provides transport which is efficient and reliable with drivers who have experience of school trips. Take the hassle out of organising your trips and arrange a quote from coach hire operators you know you can trust.

As the most westerly point of Kent, Westerham occupies an iconic spot with the advantage of being close to London. If you want to transport your staff to another location coach or minibus hire is the perfect option. Comfortable and luxurious, our coach hire operators can also help with transport for VIP visitors too.