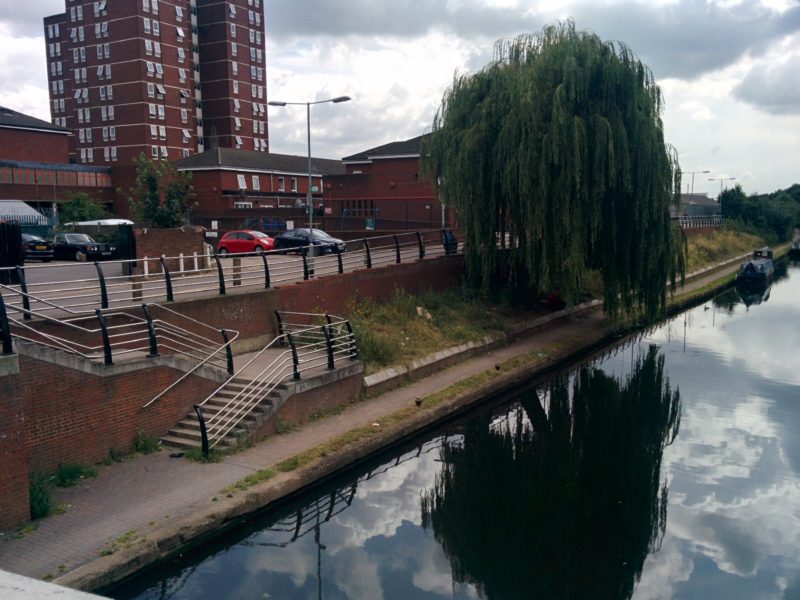 Hayes is a town in the west of the capital, on the outskirts of Greater London. A very built-up area, it offers more of an urban feel than the centre of the city while still offering convenient access to all the top tourist spots.

Part of the London Borough of Hillingdon and within the county of Middlesex, Hayes has an abundance of housing, shops and businesses. With plenty of local amenities, it’s an area which is busy but not without more than its fair share of parks and green spaces such as Minet Country Park, a former Green Flag Award winner.

The area is extraordinarily well connected by road with access to the M4 and the M40, with the Uxbridge Road running through the centre. This makes it easy to drive to central London, Heathrow or even further afield.

Despite being just a small area, Hayes has its own thriving theatre, a 600 seater which was originally built in 1977: the Beck Theatre. This theatre has a mixed programme of films, shows and music, catering to all kinds of tastes and preferences.

For those with an interest in military history, Hayes lies close to several places of interest including a Battle of Britain bunker. Situated just a couple of miles away in Uxbridge, visitors have to descend 76 steps to explore the original Operations Room, the only one which is open to the members of the public.

Our coach and minibus operators know Hayes well. Here are some popular coach pick up locations to inspire your trip:

Hayes is a busy suburb that is conveniently located for access to the city but offers some intriguing sights of its own. However the transport links into London aren’t as frequent as you might hope and there’s no local Underground station. This can make it difficult to travel into the centre of the city unless you choose to drive.

With our coach hire services you don’t need to worry about the congestion charge or a place to park. Our experienced bus drivers will take care of everything from start to finish so all your group needs to do is sit back and take in the sights.

We offer coach and minibus hire in a range of sizes so whatever your group transport needs are, we can help.

Key in your information including your itinerary and we’ll find a local provider, giving you up to four quality quotes for you to take your pick from.

All of the quotes are provided with no obligation so it’s up to you whether you want to proceed.

From the carnival which takes place in Hayes every summer to events showing at the Beck Theatre, there are lots of events which might bring you to this town. We can help your planning with every occasion with our mini coach hire operators who make travelling easier than ever before. Forget about queuing up for parking or trying to find your way on time, simply sit back and let our professional drivers take you to your destination in ultimate style.

The district of Hayes and Harlington, as it is sometimes known, is home to Heathrow Airport the biggest airport within the UK. Hayes provides a quiet location to stay overnight before heading to the airport the next morning, offering peace and quiet yet easy access too. Our minibus hire services are very convenient for large groups, allowing everyone to travel together without the hassle of sorting out holiday parking.

From Stockley Park to the Hilton London Heathrow, there’s plenty of choice for wedding venues in Hayes. Let us take care of the transport on your special occasion and we can make sure that your guests arrive on time. Whether you’d like us to collect your guests before the ceremony or drop them home at night, or perhaps both, our coach hire services will operate smoothly and discreetly so you don’t need to worry about the transport at any point.

Hayes is home to many families and as such, there’s a wide range of schools such as Dr Triplett’s and Hewens College. Field trips into the centre of London to locations such as the Natural History Museum are common, and we can help facilitate this with our range of safe, secure and reliable coach drivers. Our bus hire services are offered with experienced drivers who have been on many school trips before so you can trust us to provide high quality coach hire services that make the day go without a hitch.

Lying such a short distance away from Heathrow, Hayes has historically been the location for some huge global firms such as Heinz. The London suburb is no less popular with smaller companies and we can help to enhance your reputation with our network of group transport operators. Whether you need minibus hire or a larger coach hire service, we can link you up with high quality providers that offer an executive service.